Most Famous Ringling Performers Ever?

ringling March 27, 2019 In Uncategorized Comments Off on Most Famous Ringling Performers Ever?

Most Famous Ringling Performers Ever? 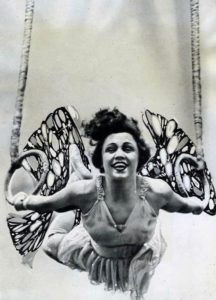 Leitzel, one of the early stars of the Ringling Bros. and Barnum & Bailey circus in the 1920s, was best known for a feat called the one-arm plange, or swing-over, in which she would perform a nearly vertical rotation while hanging from a ring by only one arm.

Leitzel grew up amid a well-knownEuropean circus family. Her mother and two aunts travelled throughout Europe with their trapeze act known as the Leamy Ladies; and her uncle, Adolph Pelikan, was a popular circus clown.

The Leamy Ladies performed on both sides of the Atlantic, but upon their return to Europe in 1911, Leitzel decided to stay behind. In 1914, Leitzel joined the Ringling Bros. Circus and, within five years, became the undisputed star. While swinging high over their heads, the audience would keep count of her rotations. Her record was 249 revolutions, an incredible feat, considering that each time Leitzel would complete a swing-over, her shoulder became partially dislocated, then snapped back into place.

When not performing, Leitzel had a reputation as a prima donna, unpredictable and demanding, and, was the first circus performer provided her own private Pullman rail car, complete with baby grand piano 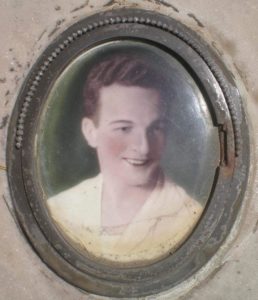 In 1917, the Flying Codonas also joined the Ringling Bros. Circus, where Leitzel was already a star. Alfredo Codona also came from a circus family. His father, Eduardo, owned and operated a small circus in southern Mexico, and several family members performed as aerialists. When Alfredo’s father retired, the Flying Codonas changed their name to the Three Codonas, including Alfredo, Lalo, and their sister, Victoria. Later, when Victoria quit the act, she was replaced by Vera Bruce.

In 1928, Leitzel married Alfredo Codona of the Flying Codonas, a stylish and graceful performer known for his daring triple somersault.

The Three Codonas appeared in a short film titled “Swing High” (1931), which was nominated for an Academy Award as Best Short Subject. Alfredo Codona also performed most of the aerial stunts for the early “Tarzan” films starring Johnny Weissmuller in the early 1930s.

Leitzel and Codona shared similar temperaments, and their tumultuous marriage featured numerous arguments, public shouting matches, breakups and reconciliations. In addition to their combustible personalities, both craved the spotlight and attention they received, and often scheduled performances during their winter breaks from the circus. During one of these performances in Copenhagen, Denmark, in 1931, one of the brass connections on Leitzel’s rope broke, and she fell 45 feet onto a concrete floor, suffering severe injuries.

Codona rushed to Copenhagen, but Leitzel insisted that her injuries weren’t serious, so Codona returned to Berlin to finish his engagement.

Two days later, only a few hours after Codona left her side, Lietzel died.

Codona was devastated by Leitzel’s death.

Desperate to find comfort after his loss, Codona married Vera Bruce in September 1932. Alfredo continued to perform his trapeze act, but became increasingly reckless, and was seriously injured in a fall in 1933, ending his career.

Vera Bruce filed for divorce in 1937. While in Bruce’s attorney’s office discussing the divorce proceedings, Codona asked to speak to his wife in private. After the attorney left the room, Codona locked the door, pulled a pistol from his coat pocket, and shot his wife four times, then shot himself once in the head. Codona died instantly, and Bruce died the next day.

So, ends the sad story of Lillian Leitzel and Alfredo Codona ….