ringling June 13, 2019 In Uncategorized Comments Off on Hop Growing in Sauk County

Did you know that Wisconsin’s proud brewing traditions were at one time centered here in Sauk County Wisconsin?

The conditions of soil and climate were found to be well adapted to the growing and curing of an excellent quality of hops, and Sauk County soon was among the leading counties of the West in acreage and production. 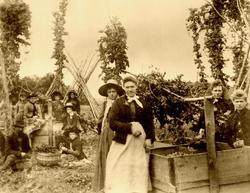 Pioneers in the industry had demonstrated that hops could be raised at a profit, and when prices suddenly went up, there was a rush into the business In 1866 and 1867, more than sixty per cent of the farmers in the townships of Greenfield, Baraboo, Fairfield, Delton, Dellona, Reedsburg, and Winfield had hop yards, while other townships in the county were extensively engaged in the industry. Many who owned no land rented from two to ten acres, and started to make a fortune.

The sale of hop roots became an important addition to the hop raiser’s revenue, as seed roots were very much in demand.

Competition in buying was intense, and buyers drove through the county bidding on the hop holdings of farmers. When a man had “sold his hops” he was viewed as ready to pay the bills that for months had been accumulating, unpaid.

Few farmers were really enriched by the cultivation of hops, but, hops made it possible to erect buildings for hop-houses, and, though not well suited to other uses, such as stables or granaries, some still stand as reminders of the days when hop farmers were rich, or thought themselves so.

Disaster came almost as immediately as the craze started. In 1868, when, partly from over production, and partly from destruction of the hops by insects, prices fell markedly. Some were able to sell their crops for what they could get, but many growers held out, hoping for better prices next year. By then, the bottom dropped completely out of the market.

The “hop-crash” brought widespread disaster. Even the women, who had picked the majority of the hops, were not paid for their hard, back-breaking services. Merchants, blacksmiths, carpenters, doctors, and even lawyers, had charges upon their books that they could not collect.

Due to the honesty, industry, and thrift of the Sauk County farmers of the time, within ten or fifteen years, the “hop-crash” was almost completely overcome, and exists today only in the memory of the older inhabitants of Sauk County. 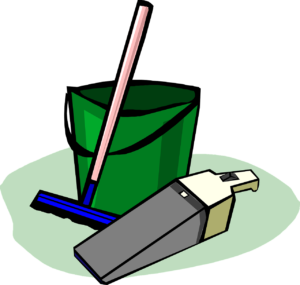